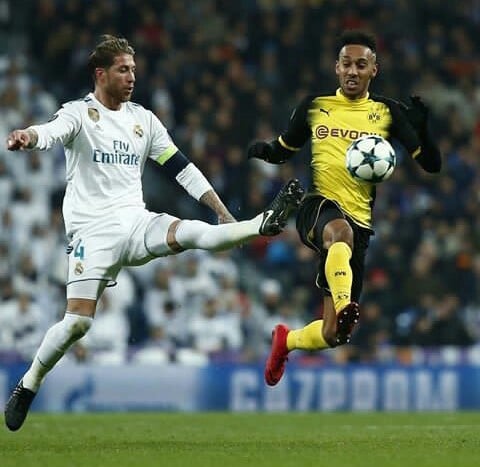 Borussia Dortmund sporting director Michael Zorc has expressed frustration with the attitude of striker Pierre-Emerick Aubameyang, who was dropped for Sunday’s 0-0 draw with Wolfsburg after missing a team meeting.

The 28-year-old was not named in Dortmund’s squad because he skipped the briefing on Saturday, with coach Peter Stoger coming down hard on the striker.

Zorc spoke about the situation, revealing that the club held discussions with the reported Arsenal target earlier on Sunday.

“At some point you can’t tolerate it [lack of discipline from Aubameyang] anymore,” Zorc said.

“I don’t know what’s going on inside his head. We had a very contentious discussion today. We’re not used to this behaviour from him. It can’t go on like this.”

Dortmund sorely missed Aubameyang’s clinical finishing and wasted a host of chances in the stalemate, passing up the opportunity to go second.