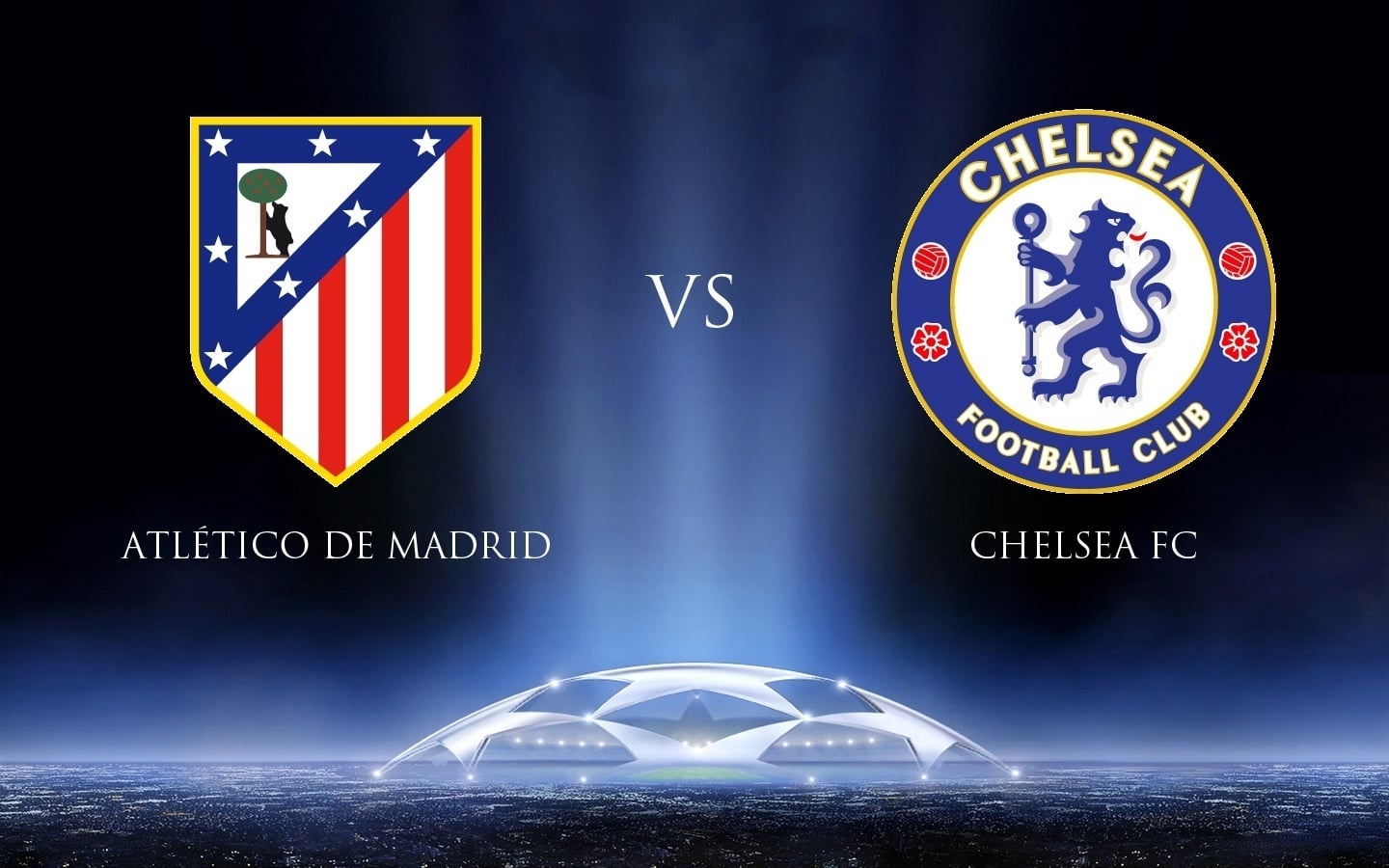 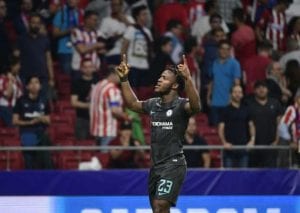 Michy Batshuayi struck a dramatic winner with the last kick of the game as Chelsea inflicted Atletico Madrid’s first defeat at their new Wanda Metropolitano home on Wednesday with a hugely impressive 2-1 Champions League victory.

Substitute Batshuayi’s late intervention was just rewards for a dominant Chelsea display despite falling behind to Antoine Griezmann’s penalty five minutes before half-time.

Former Real Madrid striker Alvaro Morata came back to haunt Atletico on his return to the Spanish capital by nodding home Eden Hazard’s tempting cross on the hour mark.

And Batshuayi finished off a patient team move deep into stoppage time by turning home Marcos Alonso’s cross at the near post.

“We have the kind of player in the team to do something: Alvaro, me, Michy, Willian,” Hazard told BT Sport.

“Michy scores every time he’s on the field! He can score every time. I’m so happy for him.”

Victory ensured Chelsea take a commanding lead at the top of Group C with six points from their opening two games ahead of Roma, who moved onto four with a 2-1 win at Azerbaijani Champions League newcomers Qarabagearlier in the day.

By contrast, just a second defeat at home in 24 Champions League games under Diego Simeone means Atletico are in trouble after taking just one point from their opening two matches.

“We are very confident, trust me. Atletico are very good,” added Hazard.

“We want to play games like these. We play for Chelsea, one of the biggest clubs in the world and we want to win everything.”

The presence of Diego Costa dominated much of the pre-match attention after he completed his prolonged return to Atletico from Chelsea on Tuesday.

Despite the Brazilian-born striker’s refusal to train with the Premier League champions this season it was all smiles as he greeted plenty of his former teammates in the tunnel before kick-off.

However, Chelsea haven’t missed Costa so far this season as his replacement Morata has now scored seven goals in as many games.

Morata, though, hadn’t scored in six previous appearances against Atletico for Juventus and Real and passed up a series of early chances as Chelsea dominated.

Hazard was starting for only the second time this season after breaking his ankle in June, but showed no signs of rust early on as he smacked a shot from outside the box off the post.

Morata then finally forced Jan Oblak into a save as the Slovenian tipped his looping header over for a corner.

Chelsea’s control forced Atletico boss Diego Simeone into a tactical reshuffle as he switched from his favoured 4-4-2 to 4-3-3 and was rewarded as the hosts stemmed the Chelsea tide.

However, the Brazilian was then at fault for Atletico’s opener as he was penalised for hauling down Angel Correa from a corner.

Griezmann kept his cool to smash the penalty past a former Atletico favourite Thibaut Courtois for his third goal in as many games at Atletico’s new home.

And for all Chelsea’s pressure, Atletico could easily have been two up at the break as Courtois parried Koke’s fierce drive and Saul Niguez fired the rebound inches wide with the final kick of the half.

The second period began in the same manner as the first with Chelsea on the front foot.

But it took until the hour mark to level when Morata continued his scoring streak with his head with a flicked finish from Hazard’s pinpoint delivery.

Cesc Fabregas should then have turned the game on its head when he somehow skewed wide from point-blank range following a goalmouth scramble.

Morata had another chance to win the game as he showed impressive pace the sprint past Lucas Hernandez but pushed his finish inches past the far post 15 minutes from time.

However, it was his replacement Batshuayi who proved the match winner with a smart finish after Chelsea work the ball masterfully around a tiring Atletico defence to create the opening. 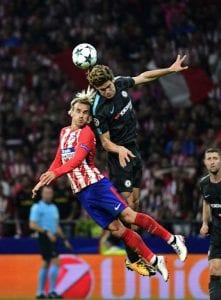