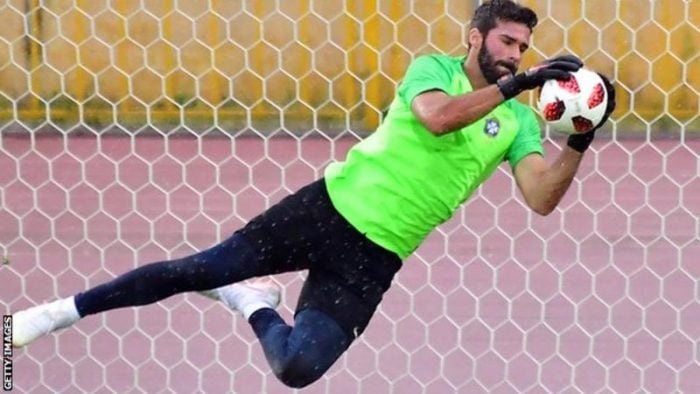 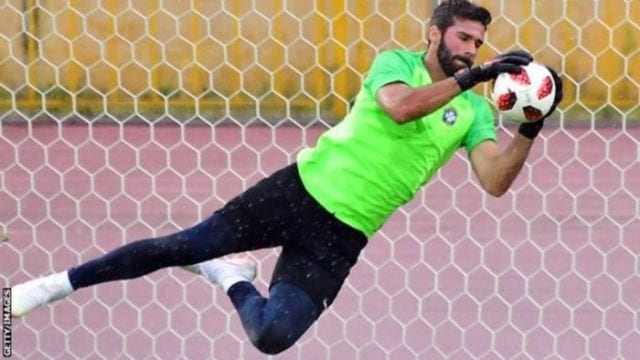 Liverpool have agreed a fee of about £66.8m for Roma goalkeeper Alisson.

The Premier League club are now expected to hold talks with the Brazil international.

The 25-year-old has been at Roma for two years, and played 37 Serie A games last season, after starting his career at Brazilian side Internacional.

Liverpool’s bid, which is 70m euros, would overtake the current record for a keeper – 53m euros paid by Juventus to Parma for Gianluigi Buffon in 2001.

The Premier League record for a keeper is the 40m euros Manchester City paid Benfica for Ederson in June 2017.

Liverpool boss Jurgen Klopp was forced to defend goalkeeper Loris Karius last week after another mistake – this time in a pre-season friendly against Tranmere.

The 25-year-old German spilled a free-kick that allowed the hosts to score in Liverpool’s 3-2 win at Prenton Park.

Karius was at fault for two goals in Liverpool’s 3-1 defeat by Real Madrid in the Champions League final, but it was later found that he had concussion.

Alisson played all five games, keeping three clean sheets, as Brazil were knocked out at the quarter-final stage of the World Cup by Belgium.

CLICK HERE TO JOIN OUR EVER ACTIVE WHATSAPP GROUP
Related Topics:Liverpool
Up Next