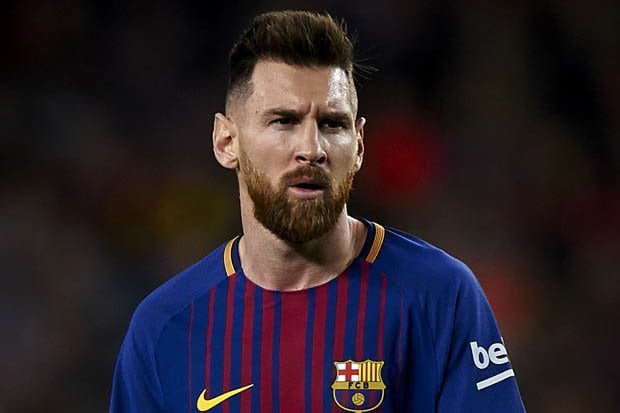 Barcelona superstar, Lionel Messi, has said the club has good enough players to not have to depend on him to bail them out every week, after helping salvage a 1-1 draw against Athletic Bilbao.

The Argentine started the game from the bench and was introduced in the second half as the hosts chased an equalier.

Messi, who was introduced in the 55th minute, had already hit the post and seen a free kick cleared off the line when he set up Munir El Haddadi to equalise with five minutes to play.

“We have the squad and the players to be a great team, to be a strong team and not depend on anyone.

“This is Barca. We have enough players, we don’t need to depend on one.

“These results have been a shame, but we have to stay calm because it’s a long season,” Messi told BeIn Sports when asked if Barca were too reliant on him.

Related Topics:BarcelonaLionel Messi
Up Next