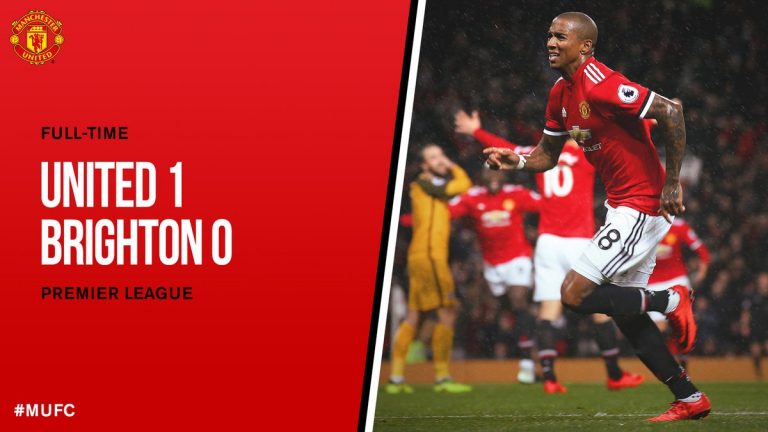 Brighton had been the better team up until Ashley Young’s attempt from the edge of the area hit Dunk and looped over keeper Mat Ryan into the net.

Earlier, Anthony Knockaert and Pascal Gross both went close after getting behind the United defence.

Ryan produced a double save to keep out Romelu Lukaku’s header and Paul Pogba’s follow-up on the stroke of half-time.

United’s win cuts Manchester City’s lead at the top of the Premier League table to five points ahead of their trip to Huddersfield on Sunday.

Related Topics:Manchester United vs B&H Albion
Up Next

Lionel Messi extends his contract till 2021 at Barcelona