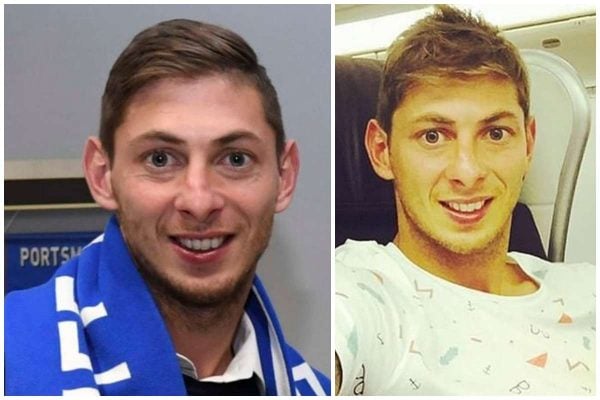 Cardiff has revealed Emiliano Sala turned down a flight offer from the club, this is after ex-football agent Willie McKay claimed the club abandoned the striker.

Leaked WhatsApp messages between the late Argentine striker and the premiership club Cardiff revealed that he was offered a commercial flight from France to Wales but he rejected the offer.

This comes after the late’s footballer agent Willie McKay claimed the Premier League club abandoned Sala, leaving him to make travel arrangements after his £15million transfer from Nantes.

McKay’s son Mark was Nantes’ acting agent in the deal for the footballer, who died in a plane crash last month.

See the Whatsapp messages below; 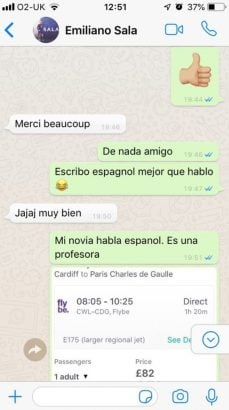 Emiliano Sala: Thank you very much

I write Spanish better than I speak it

PLO: My girlfriend speaks Spanish. She is a teacher

PLO: It is an option perhaps. Cardiff-Paris.

I have a flight going tomorrow to Nantes and return Monday night to Cardiff.

PLO: Ok mate. Have you agreed a price with him?

ES: Yes it’s good. We will speak tomorrow before leaving for Nantes.

What time do you fly?

Related Topics:emiliano sala
Up Next

David Beckham gets a statue outside LA Galaxy’s stadium

Pogba gives condition not to dump Manchester United for Juventus