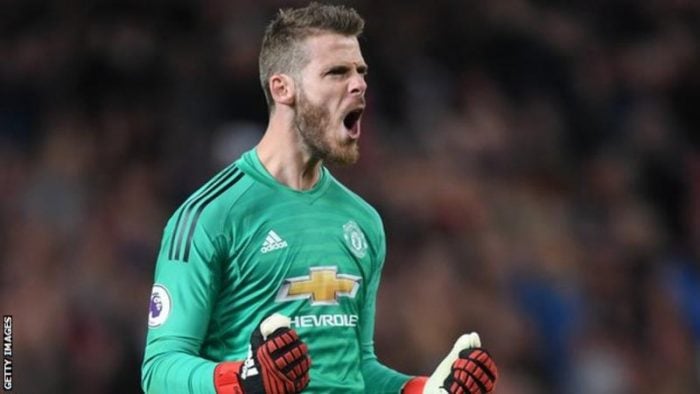 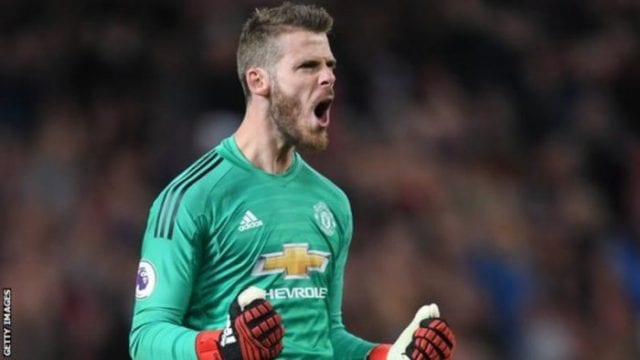 Manchester United goalkeeper, David De Gea, is holding out for £350-000-a-week deal to put him on par with the likes of Paul Pogba and Alexis Sanchez, as the club’s highest earners.

De Gea will be a free agent next summer and could live for nothing, if the Old Trafford outfit does not tie him to a new contract.

SportsMail reports that a £200,000-a-week-plus, long-term deal is on the table, but the Spaniard has refused to sign it.

However, manager Jose Mourinho, is confident that De Gea will put pen to paper.

“I don’t belong in the process of discussing deals with the players and negotiations with agents.

“I never did that, it’s something that I don’t even like to do.

“I would be a bad negotiator; I would give everything to the players. So I don’t belong to that.

“I just know that everything is in movement and hopefully sooner than later we’ll have good news,” Mourinho said.