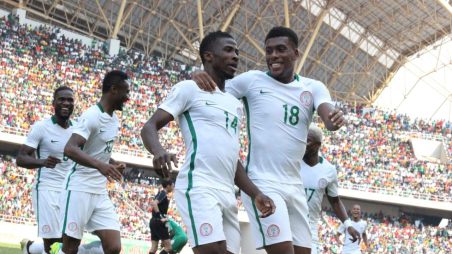 Thankfully, there’d be Cristiano Ronaldo and Lionel Messi at the 2018 FIFA World Cup. It actually was a close shave for Argentina who until the last day of the qualifiers were not guaranteed a World Cup slot, but, Messi stepped up to the plate, delivered an otherworldly performance against Ecuador including a hat-trick that ensured we’d witness his genius once again in the World Cup. But at Russia which teams will light the pitch? We highlight five teams that will do well at the biggest football tournament. We are psychic like that! 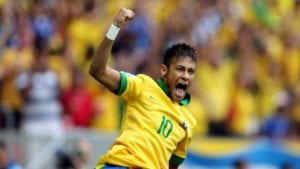 Asides host Russia, Brazil was the first team to qualify for the World Cup and that is a feather in their cap. Throw in the odd five World Cup trophies they have won and the fact that the world’s most expensive player (N93 billion) Neymar, plays out of his skin whenever he dons the yellow and blue of his country (52 goals in 80 games) and you have a team contending for the World Cup trophy. Brazil will hope to banish the ghosts of the 7-1 semi-final loss to Germany right in front of their fans in the 2014 World Cup by perhaps delivering a record-breaking sixth World Cup title when they play in Russia.

The defending champions showed in the FIFA Confederations Cup that they’ve not rested on their oars. With a second-rate team, Germany won the World Cup’s precursor in July this year striking fear in the hearts of many. It will be foolhardy to bet against Die Mannschaft with their top players including Mesut Özil headlining their squad to Russia. Their impeccable qualifying record emphasises the point that Germany is to be feared and are all too certain to deliver in the tournament. 10 matches played, 10 matches won, an impressive 43 goals scored and just four conceded in the qualifiers is a startling stat. 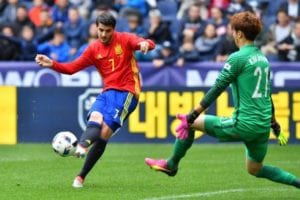 Spain was in shambles at the last World Cup, exiting in the group stage as defending champions. The team’s make up is now different with younger and more exciting players in the squad. They have since moved on from heavily passing and possession based tiki-taka to a more expansive and direct style of play. With many players in the side capable of magical moments, Spain could waltz through to the title next year in Russia. After all, they’ve got Isco, Andres Iniesta, Alvaro Morata, David Silva, Marco Asensio and many others on their roster.

Qualifying for this country involved some nail-biting, heart-stopping moments but they made it! Armed with Lionel Messi, who’d be wearied with all talks of his lack of success with the national team, Argentina could go one better than second place in the 2014 World Cup. The supporting cast at Argentina has so often been underwhelming but there are huge chances their manager Jorge Sampaoli, who came in during the qualifiers, will whip this team to shape. And for a supporting cast, the A-team Angel Di Maria, Sergio Aguero, Paulo Dybala and Javier Mascherano led by Messi aren’t bad at all. 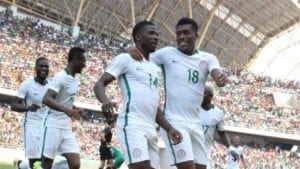 This list isn’t complete without the Super Eagles. Nigeria was the first African team to qualify for the World Cup with Alex Iwobi’s goal sealing the ticket against Zambia. The team stands a good chance to better its second round record in the FIFA World Cup. With the team spirit in the side and the more focused Football Federation, the Eagles could soar at Russia. The talent in the squad is formidable with Arsenal’s Iwobi, Chelsea’s Victor Moses and Leicester City duo Kelechi Iheanacho and Wilfred Ndidi in the squad led by captain John Mikel Obi.

Must Read: Fake Cristiano Ronaldo Arrested On Touchline Of Real Madrid Vs Getafe