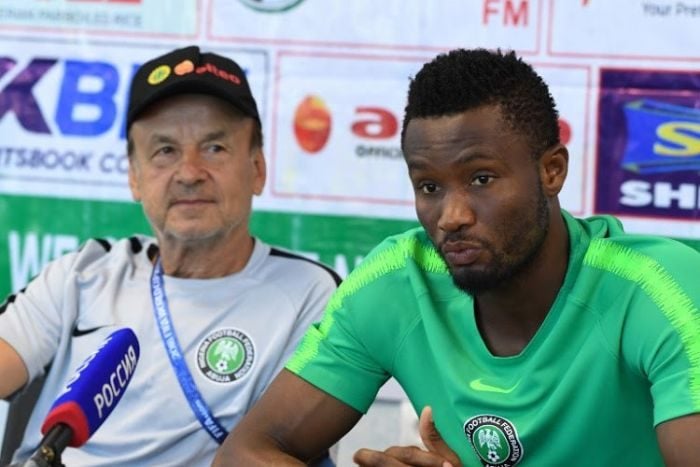 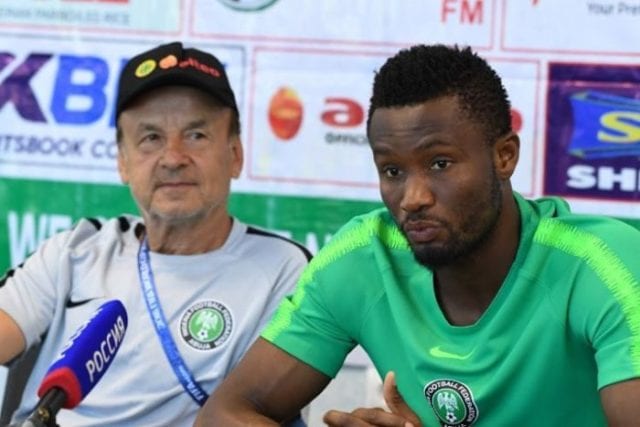 Nigeria head coach, Gernot Rohr has disclosed that the door is still open for midfielder, John Obi Mikel, to be included in Super Eagles squad for the 2019 Africa Cup of Nations, AFCON, in Cameroon.

Mikel Obi, who is the captain of Nigeria’s national team, has not featured for the country since the 2018 World Cup in Russia.

But Rohr, who had revealed when he will release the list of Nigeria’s AFCON squad, said that the 31-year-old will return to the Super Eagles when he is fit and ready.

”Mikel was injured, had problems with the knee, he played again and was injured again and he was not available,” Allnigeriasoccer quoted Rohr as saying.

”I am in touch with him and the day he will be fit and ready the door is open for him.

”But you know they have to play at the club, to show us they are ready, it is the same with the captain like other players.”

CLICK HERE TO JOIN OUR EVER ACTIVE WHATSAPP GROUP
Related Topics:Mikel obi
Up Next