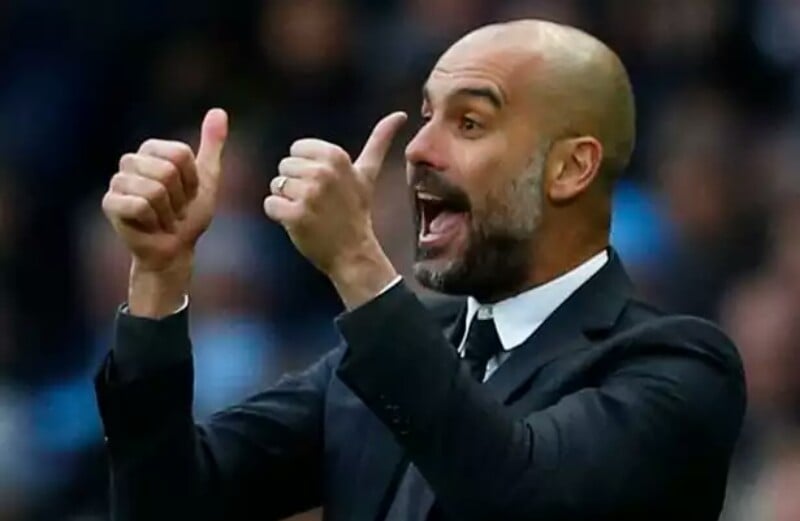 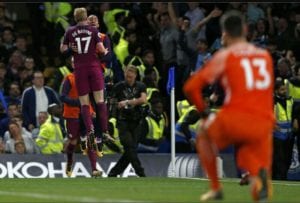 Pep Guardiola labelled Manchester City’s 1-0 win over Chelsea as an “important” moment in the leaders’ bid to dethrone the Premier League champions.

Kevin De Bruyne’s second half thunderbolt gave City a victory that keeps them top of the table, above Manchester United on goal difference, heading into the international break.

After losing twice to Chelsea last season and finishing 15 points behind the Blues, Guardiola believes his side’s well deserved success at Stamford Bridge was a significant statement of intent.

“There are no words to describe what Chelsea are and what they did last season. It is important to win and especially with the way we played,” he said.

“In the first half we didn’t find the right position but in the second we were better. A big congratulations for the victory.

“We had control and in the second half we adjusted our possession and the way we attacked. Chelsea could not play and had to do long balls.”

“Everyone is talking about Kevin de Bruyne. He makes absolutely everything. He is the most humble guy, I am so happy for him because I know how happy he is,” Guardiola said.

Blues boss Antonio Conte claimed Chelsea had paid the price for a busy week that included a Champions League trip to Spain for their midweek win over Atletico Madrid.

“In this type of game you need time to recover. If you are tired it is not simple to go box to box. Today we created chances but we didn’t take them. Manchester City had chances and they took them,” he said.

“It was a tough game but we know very well that City are a big team and it’s very difficult to play this type of game.

“It is logical when you play three games in seven days you risk something.”

Adding to Conte’s frustration was a first half injury to Spain striker Alvaro Morata.

“I hope it is not a serious injury for Morata. It is his hamstring but we don’t know if it is a serious problem,” he said.

Related Topics:Chelseaguardiolaman city
Up Next

I tried to make Neymar stay at Barcelona — Dad

Mourinho declares No rest for Lukaku