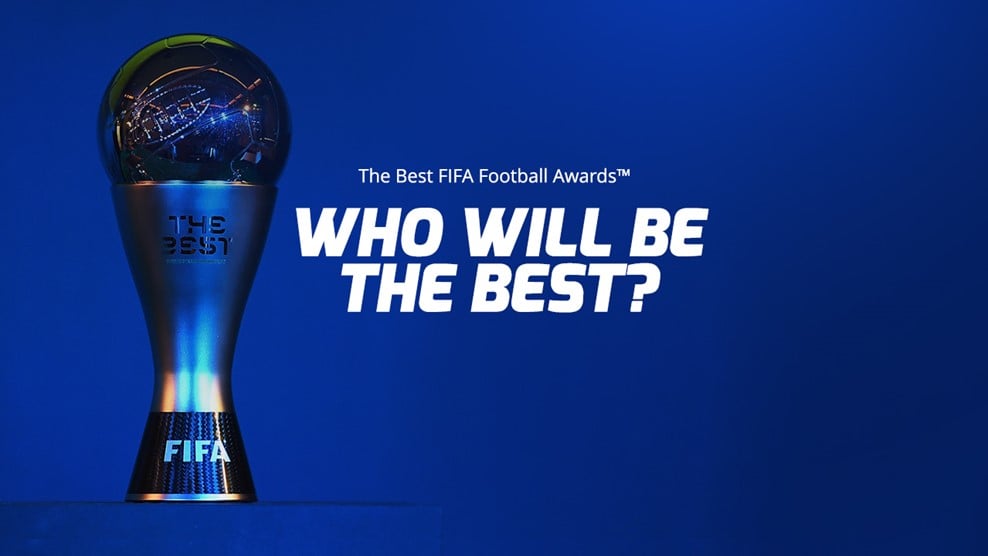 Cristiano Ronaldo looks set to successfully defend his crown in the Men’s Player of the Year category but the Women’s field could be more open, with last year’s winner Carli Lloyd once again in the running.

Ahead of the ceremony in the English capital, Plushng has all the information you need to know about the event.

What Are The Best Awards The Best FIFA Football Awards are annual awards presented by FIFA to the game’s top players and coaches.

The awards were launched in 2016 to replace the Ballon d’Or. The Ballon d’Or will still be presented by the magazine France Football but it will no longer be in partnership with FIFA, who will instead hand out their own prizes.

Cristiano Ronaldo and Carli Lloyd were the first recipients of the main men’s and women’s awards respectively.

WHEN ARE THE BEST AWARDS?

This year’s awards ceremony will take place on Monday, October 23, 2017 at the Bloomsbury Ballroom in London, with coverage beginning at 16:30 BST.

The ceremony will be hosted by actor Idris Elba and Studs Up presenter Layla-Anna Lee, and will also feature a performance by the band Kasabian.

Current and former footballers Roberto Di Matteo, Jay-Jay Okocha, Alex Scott, Andriy Shevchenko and Peter Shilton revealed the final three candidates for each of the main individual awards – as well as the shortlist of 10 for the Puskas Award – on September 22.

WHAT ARE THE AWARD CATEGORIES? In addition, there are the Fair Play, Fan and Puskas – for the best goal of the year – awards, as well as the FIFPro World XI.

HOW CAN I WATCH THE AWARDS?

No television broadcast details have been announced yet in the UK or the US.

MEN’S PLAYER OF THE YEAR On September 22, Cristiano Ronaldo, Neymar and Lionel Messi were revealed as the final three contenders for the Men’s Player of the Year award.

The Men’s Player of the Year award started with a 24-man shortlist drawn by a group of ‘FIFA legends’ that includes Diego Maradona, Cafu and Carles Puyol.
The shortlist was then voted on between August 21 and September 7 by national team coaches, national team captains, selected media and fans, with each of the four voting categories weighted evenly.
The top three was revealed on September 22, with the winner set to be announced at the ceremony on October 23.

The initial 24 nominees were:

WOMEN’S PLAYER OF THE YEAR The Women’s Player of the Year award had a 10-woman shortlist that was finalised by legends of the female game including Mia Hamm and Nadine Kessler.

After that, the voting process is the same as the men’s award: national team coaches, national team captains, selected media and fans account for a quarter of the vote each, with the top three announced on September 22.

The initial 10 nominees were:

MEN’S COACH OF THE YEAR The Men’s Coach of the Year award had a 12-person shortlist selected by the same group of experts that decide on the Men’s Player of the Year field.

The voting process is the same as the two main player awards: national team coaches, national team captains, selected media and fans account for a quarter of the vote each, with the top three announced on September 22.

The initial 12 nominees were:

WOMEN’S COACH OF THE YEAR Netherland  manager Sarina Wiegman, Lyon boss Gerard Precheur and former Denmark coach Nils Nielsen made it through to the final three for the Women’s Coach of the Year.

The Women’s Coach of the Year award had a 10-person shortlist selected by the same group of experts that decide on the Women’s Player of the Year field.

The voting process is the same as the two main player awards: national team coaches, national team captains, selected media and fans account for a quarter of the vote each, with the top three announced on September 22.

The initial 10 nominees were:

GOALKEEPER OF THE YEAR The Goalkeeper of the Year award is voted for by a panel of experts, which is comprised of 11 former goalkeepers and forwards including the likes of Peter Schmeichel and Patrick Kluivert.

The three-man shortlist was announced on September 22 and is as follows:

As well as individual awards, the FIFPro World XI will be announced at the ceremony, identifying the 11 best players in the world for the last year.

FIFPro polled around 25,000 professional footballers, asking for their best goalkeeper, four defenders, three midfielders and three forwards for the 2016-17 season. A longlist of 55 players was announced on September 20 , with Real Madrid boasting a record 13 players in that group.

In total, there were five goalkeepers, 20 defenders, 15 midfielders and 15 forwards on the longlist.

Cristiano Ronaldo and Gianluigi Buffon are the only two players who have featured on every 55-man longlist since its establishment in 2004-05. The panel of experts who drew up the shortlist for The Best FIFA Fan Award included the likes of Jay-Jay Okocha, Carlos Valderrama and Jorge Campos.

The three groups of supporters who made the final list of nominees are the fans of Borussia Dortmund , Celtic and Copenhagen , who have been recognised for their particularly enthusiastic backing of their clubs over the past year.