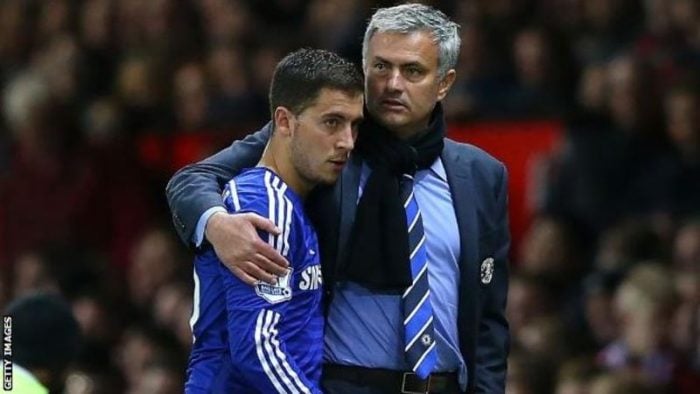 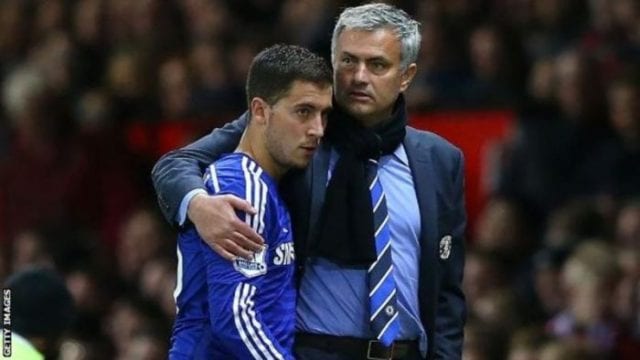 Jose Mourinho “would love” to sign Eden Hazard for Manchester United but knows it would be impossible because “Chelsea are led by intelligent people”.

Hazard, 27, won the Premier League under Mourinho during the manager’s second spell at Chelsea in 2015.

The forward had said he wanted to work with Mourinho again in an interview with Belgian newspaper HLN on Saturday.

“We had a good relationship, we were champions together, so I think the feelings are good,” Mourinho said.

“History says that when Eden Hazard is the best player in the Premier League, Chelsea is the champion.

“It happened with me, it happened with Antonio [Conte, in 2017]. The season is still in the beginning of course but, if he is the best player of the Premier League until now, which I think he is, Chelsea is top of the league because he’s the kind of player who can make a huge difference.

“It’s a non-problem because Chelsea are led by intelligent and experienced people in football and I think they would never sell Eden to Manchester United.”