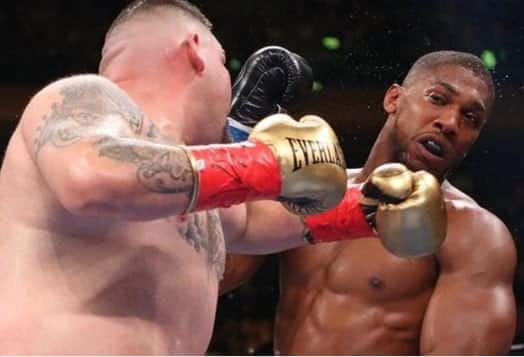 World heavyweight champion Andy Ruiz Jr has claimed Anthony Joshua is “not good at boxing” and vows to defeat him once again when they meet in their re-match fight.

Ruiz, 29, stunned Joshua to win the IBF, WBA and WBO titles on June 1st and is under contract to take a rematch. The rematch has been scheduled for later this year.

In a new interview with BBC, Ruiz said:

“the rematch is going to be the same. I am going to be more prepared and more ready. I know his flaws. I can do a lot better. The only thing that he can do is just run around, he’s not good at boxing.”

Ruiz who was ridiculed for his physique vowed to weigh in lighter than the 268lbs he scaled before their original bout. He said there will be a lot of changes before the fight and he will shock the world.