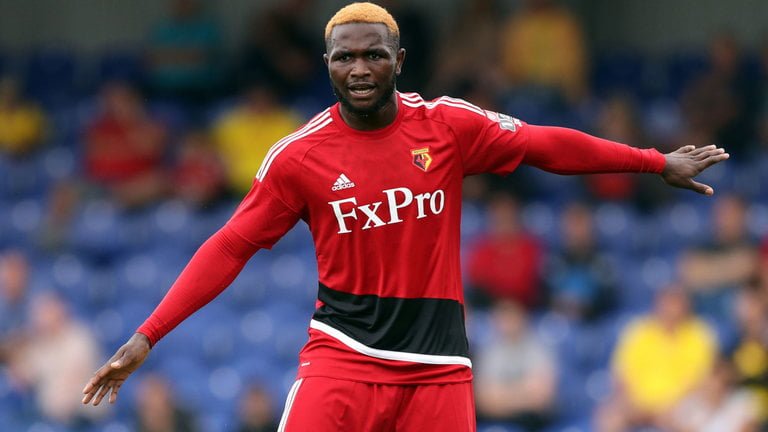 Nigerian player, Isaac Success, has been warned by Watford manager, Marco Silva, over his future conduct, after he was involved in an incident with four commercial s3x workers. Success was alleged to have demanded his money back, after paying the hookers for the night at a hotel, but slept off due to high intake of alcohol ‎without having s3x.

He paid the women a total of £2,000 but flopped as a lover before demanding his money back, sparking the row which led to his arrest by Hertfordshire police.

The £30,000-a-week forward has scored only one goal in 17 Premier League appearances since joining Watford from Spanish club Granada in July, 2016 and has not appeared in the league this season, although he has figured as an unused sub.

Although the news just broke, the incident happened last month and Success is presently in Barcelona undergoing rehabilitation after surgery.

“We expect him to be out for six to eight weeks,It’s a knee injury, a problem he had in one session here. It was a normal situation and looked nothing special at that moment but after examinations, the problem is bigger and now we need to wait for him.” Silva said at his pre match conference ahead of Saturday’s game against Arsenal.

Isaac Success Arrested After Demanding £2,000 Back From 4 Prostitutes

Five Teams To Look Out For At The 2018 World Cup