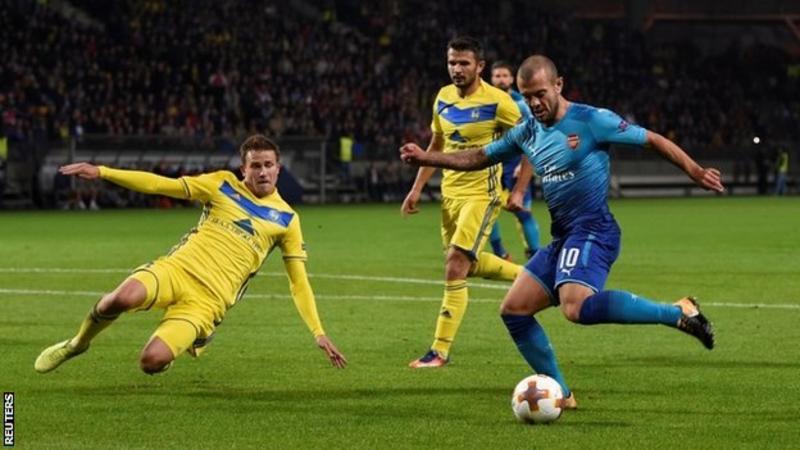 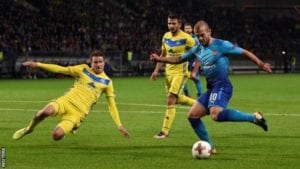 The 25-year-old midfielder, who spent last season on loan at Bournemouth, was one of nine players brought in for the game and set up Theo Walcott’s opener.

Injuries have hindered Wilshere’s career and he is out of contract next summer.

“He fights until the end. He’s on his way back to his best and showed that,” said Wenger.

Wilshere – who is not in the current England squad – has only managed 80 Premier League starts for Arsenal because of a variety of injuries since his debut nine years ago.

“He’s at an age where a player normally gets to the best of his career. He’s on the way up. He’s only been stopped by a series of injuries,” Wenger continued.

“Hopefully, I just pray, he is not hampered by any more problems and that will see him getting stronger and stronger. He’s shown again that he’s not lost his football.”

Walcott scored twice in Belarus, Rob Holding netted his first Gunners goal and Olivier Giroud scored his 100th goal for the club with a second-half penalty.

Mourinho declares No rest for Lukaku