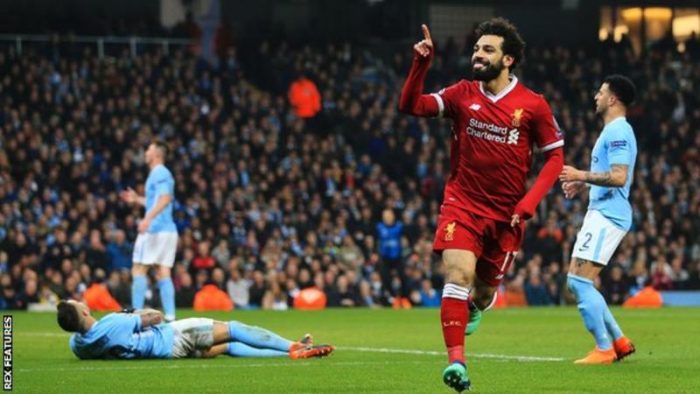 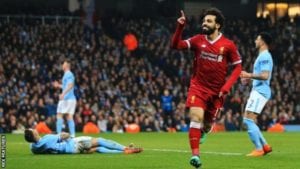 Liverpool have set the single-season Champions League record for most goals by an English team.

Jurgen Klopp’s side scored their 32nd and 33rd goals of the competition on Tuesday night in the quarter-final second leg at Manchester City after a 2-1 win at the Etihad Stadium.

With 33 goals in the 2017-18 competition, Liverpool broke the record of 32 set by Manchester United in the 2002-03 Champions League campaign.

The goal which equalled United’s mark was appropriately scored by Liverpool’s star man Mohamed Salah, who levelled the game at 1-1 in the 56th minute.

And, 20 minutes later, Roberto Firmino netted to give the Reds the record all for themselves, putting them up 2-1 on the evening and 5-1 on aggregate.

That 5-1 scoreline would be the final margin of victory for Liverpool, who easily advanced to the semi-finals past the Premier League champions-elect.