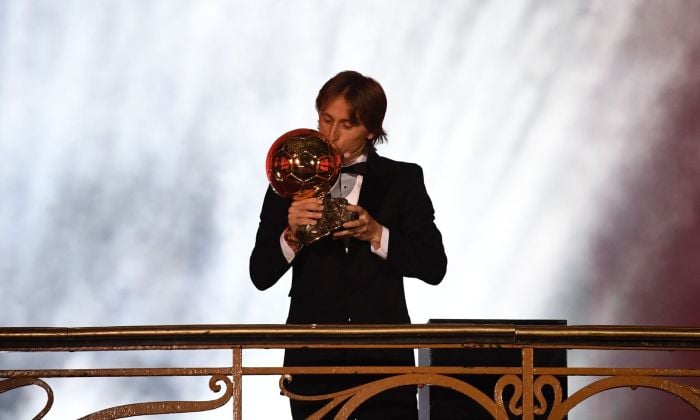 Luka Modric has beaten off competition from the likes of Cristiano Ronaldo, Antoine Griezmann and Lionel Messi to be named the winner of 2018’s Ballon d’Or.

The Real Madrid midfielder played a pivotal role for his club as they stormed to a third consecutive Champions League title, as well as captaining Croatia to second place at the 2018 World Cup in Russia.

With France having won the World Cup, Griezmann, Kylian Mbappe and even Modric’s fellow Madrid team-mate Raphael Varane had been amongst the favourites alongside the evergreen duo of Ronaldo and Messi.

However, the Croatian’s exploits across the year – which included being awarded the Golden Ball at the World Cup – have seem him emerge ahead of the rest of the pack.

“It’s an unbelievable feeling,” said Modric, who is the first Croatian player to win the award. “It’s a big pleasure to be here among all these players.

“I am still trying to realise that I have become part of a group of exceptional players to win the Ballon d’Or throughout history.”

Do You Think Modric Deserved To Win The Award Ahead Of The Rest??

CLICK HERE TO JOIN OUR EVER ACTIVE WHATSAPP GROUP
Related Topics:2018Ballon d'orLuka modric
Up Next