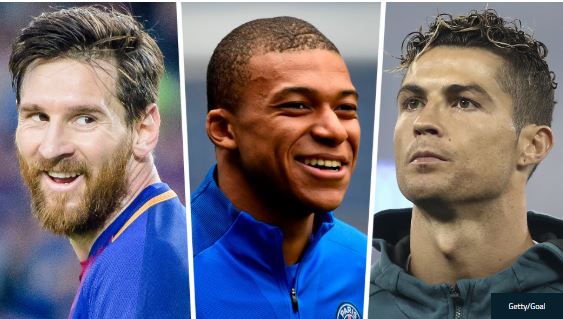 Lionel Messi, Kylian Mbappe, Cristiano Ronaldo and Mohamed Salah are among the nominees for FIFA’s The Best Men’s Player of the Year award for 2018.

Salah, meanwhile, is rewarded for an incredible season at club level with Liverpool, with the 26-year-old having scored 32 goals in 36 league appearances to help the Reds finish fourth in the table.

Real Madrid midfielder Luka Modric also makes the final 10 as he claimed Champions League glory, the club’s third in a row, and played a pivotal role in Croatia’s run to the World Cup final.

Who Do You Think Will Win The FIFA BEST Player Of The Year Award?

MINE: It should naturally be Modric because he had a fantastic world cup but everyone knows Ronaldo would win it 😜😜