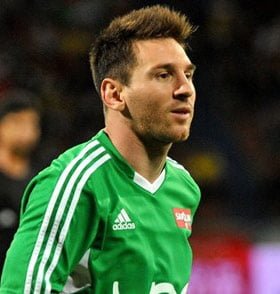 Sporting vs Barcelona on Wednesday could see Lionel Messi match up to Carles Puyol in the all-time top appearance makers list for Barcelona. If he plays, Messi will be making his 593rd official appearance for Barcelona – and if he scores, his 100th European goal. Messi. Messi will be level with Puyol and behind only Xavi Hernandez, with 767 appearances, and Andres Iniesta, who has 638 (and counting).

The Argentine star made his debut on October 16, 2004, against Espanyol. After breaking into the team fully he has played in practically every game, injuries notwithstanding. Messi played 52 of 59 games last season, 52 of 62 the year before, and 49 of 60 in 2014-15