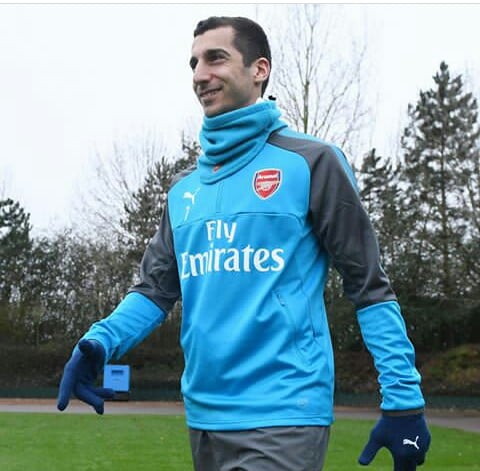 Arsenal have confirmed that January signing Henrikh Mkhitaryan will wear the No.77 shirt in the Europa League this season.

The Armenia international, who joined the club as part of an exchange deal that saw Alexis Sanchez move to Manchester United, picked the No.7 shirt to wear domestically, but the same number cannot be worn by two different players in Europe, and he has thus picked the 77 shirt.

Mkhitaryan has obviously been included in Arsene Wenger’s updated Europa League squad list for the knockout stages, but more surprising is the inclusion of Spanish midfielder Santi Cazorla.

The 33-year-old last played for the Gunners in 2016, as they defeated Ludogorets in the Champions League, and his inclusion suggests that Wenger is confident he will soon return to full fitness.

Along with Cazorla and Mkhitaryan, Konstantinos Mavropanos has been added to Arsenal’s squad, after completing a January move from Greek club PAS Giannina.

So Funny: Read The Shocking Thing Brazilian Fans Did After Their Team Lost