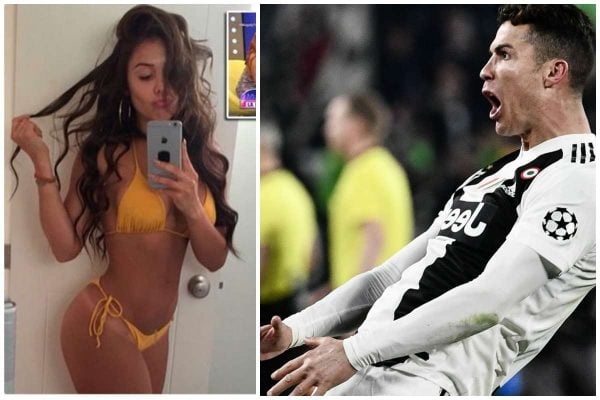 Venezuelan model Alexandra Mendez has claimed she made a bet with Cristiano Ronaldo to let him “bite her bum” in flirty messages.

The stunning model made the claim as she appeared on Peruvian TV show ‘Magaly TV La Firme’, after she was asked by host Magalay Medina whether she had ever spoken to the Juventus star.

As she clicked into the app it appeared to show that the pair had a messaging history, with Ronaldo seemingly asking for the model’s number. 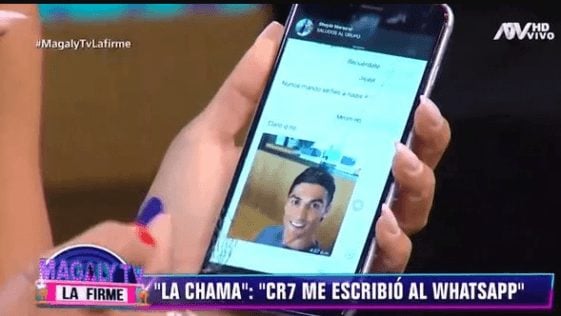 Mendez went on to tell Medina that the Portuguese star “sent me pitcures” before showing the camera a selfie that Ronaldo allegedly sent her on WhatsApp.

The model later alleged that she had made a “bet” with the forward that if he scored in a match for former club Real Madrid that she was attending then he would be allowed to “bite her bum”.

Mendez told Medina that the pair met up “face-to-face” but insisted that nothing “intimate” took place.

According to the Venezuelan the messages were sent three years ago, around the time that Ronaldo met his current girlfriend, Georgina Rodriguez.