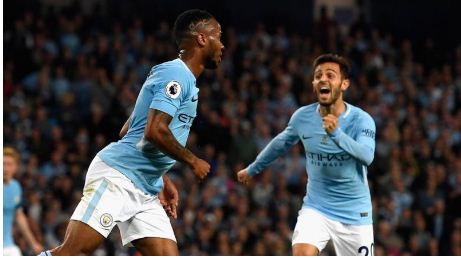 Sterling netted the only goal of the game as Pep Guardiola’s runaway Premier League leaders made it 18 top-flight wins in a row at Newcastle United on Wednesday.

In a line-up flushed with attacking talent such as Sergio Aguero, Gabriel Jesus and Kevin De Bruyne, England winger Sterling is City’s top scorer this season with 17 in all competitions.

It is already the most prolific campaign of the 23-year-old’s career and four of his 13 Premier League strikes have proved to be winning goals.

“Most definitely, in terms of goals [this is my best season],” Sterling told City’s official website after extending their gap over rivals Manchester United at the summit to 15 points.

“I’ve probably had better seasons dribbling and stuff like that, but this is the most efficient I’ve been.

“That’s exactly what I want to do. There’s no point dribbling if you’re not helping the team.

“I’m happy to bring that to the party and hopefully that will carry on.”

City are back in action at Crystal Palace on Saturday, where victory would move their winning run level with the European record of 19 games established by Guardiola during his time at Bayern Munich.