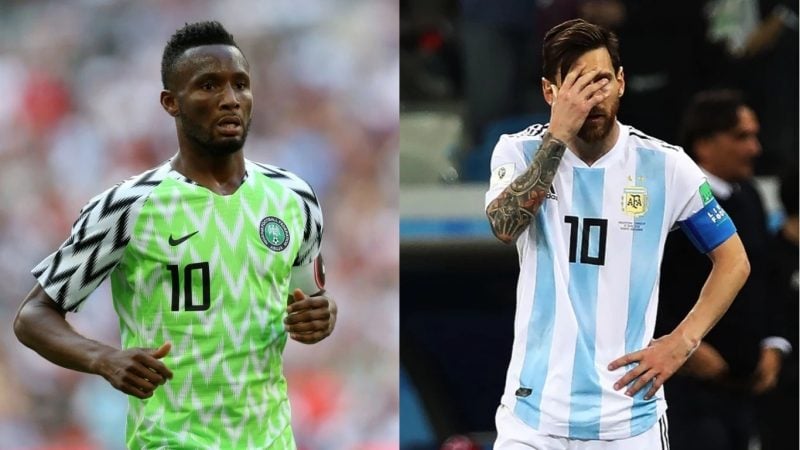 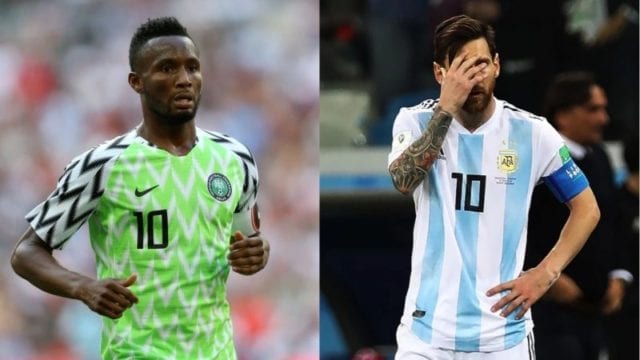 Super Eagles captain, John Mikel Obi has recalled that he had once beaten Argentina captain, Lionel Messi at club level and that he hopes to beat him again when Nigeria throws tackles with the La Albiceleste in their all important last group game on Tuesday.

The match will be played at the Krestovsky Stadium, Saint Petersburg by 7pm (Nigeria)

Mikel and Messi first crossed each other’s path in the final of the FIFA U-20 World Cup in the Netherlands in 2005 with the Barcelona superstar lifting the trophy and also best player of the tournament.

Since then, they have met several times at the international and club levels with the Argentine captain having the upper hand most of the time.

Mikel who now plays in China and Messi who has spent his carrier at Barcelona will rekindle their rivalry today when Nigeria and Argentina battle for a spot in the knock out stages.

The Super Eagles sit in second position in the group with three points, while Argentina occupy last position with just one point.

“I’m looking forward to it. It’s always a pleasure playing against Messi. I have played against him so many times, be it national team, be it at club level,” Mikel stated during a short video interview posted on ESPN.

CLICK HERE TO JOIN OUR EVER ACTIVE WHATSAPP GROUP
Related Topics:Mikel obisuper eagles
Up Next