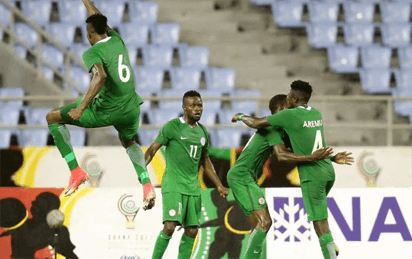 The President of Nigeria Football Federation, Mr Amaju Pinnick, says Nigeria can lift the 2018 World Cup in Russia in the light of the preparations the association is putting in place.

Pinnick expressed the optimism this during the official opening of the Federation’s Annual General Assembly in Jos on Thursday.

The NFF president said that the country was well positioned now after it had overcome the challenges that bedevilled the nation’s football, particularly the previous year.

“Our highest achievement is the qualification for the World Cup. Secondly, the preparations for world cup have commenced in earnest as compared to the previous years.

“With the kind of preparations we are putting in place, I think we can win the World Cup,” he said.

On the financial aspect, Pinnick said that NFF had been given a clean bill of health, according to the report he received the previous night.

The federation’s president commended the Minister of Youth and Sports Development, Mr Solomon Dalung, for his unflinching support to the football house.

According to him, the minister makes sure that the federation meets all its needs during the Super Eagles’ qualification for the world cup.

He said Dalung’s support also made the nation’s early qualification possible, with the Algeria’s match being a mere formality.

Declaring the Assembly open, Gov. Simon Lalong of Plateau thanked NFF for choosing the state for the event in spite the recent violent incidents caused by unidentified gunmen.

Lalong, who was represented by the state Commissioner of Sports, Mr Danladi Mann, commended the football house’s efforts at improving the administration of the nation’s football.

The governor expressed the hope that Plateau United, the reigning champion of Nigeria Professional Football League, would win the CAF Champions League in its first participation in the tournament.

In his remarks, Mr Shehu Dikko, 2nd Vice-President of NFF said that sponsorship for the nation’s football had improved remarkably.

He said that more sponsors were willing to partner with NFF and traced the development to what he said the body was doing in the football administration.