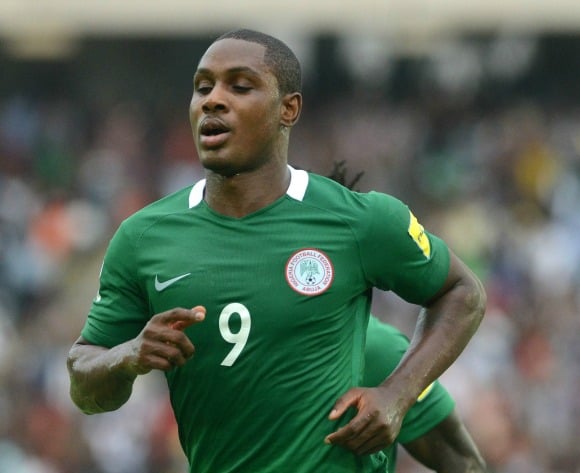 The Changchun Yatai and former Watford star believes that beating Libya should be a task that the Eagles must accomplish.

The game is scheduled for the Godswill Akpabio International Stadium in Uyo, the Akwa Ibom state capital.

Ighalo, who arrive the Eagles’ camp on Wednesday in Uyo, said Gernot Rohr’s men must defeat the visitors this weekend so as to have a brighter chance of qualifying for next year’s AFCON in Cameroon.

“We want to play at the AFCON next year and to do that, beating Libya is a task we must accomplish successful,” Ighalo told CSN.

Nigeria will travel to

Tunisia for the return leg slated for Tuesday, October 16, 2018.

The Eagles are third in Group E with three points after losing their opening game to South Africa before clinching a comfortable 3-0 victory away against Seychelles.