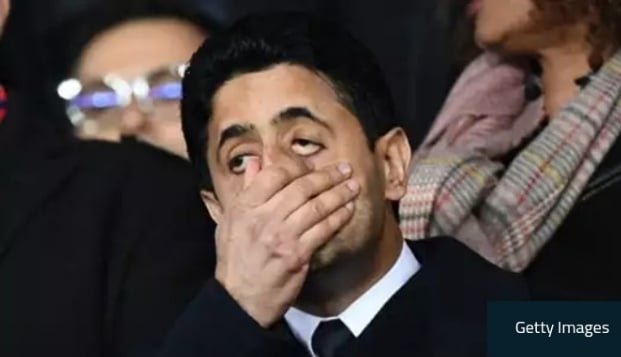 The Parisians endured another premature European exit at the hands of Madrid, showing they are still well off what is required to win the tournament.

Another year, another massive investment, another miserable Champions League elimination. Once again, come May, Paris Saint-Germain will not be holding aloft the European Cup.

More than ever this season, PSG’s big dream seemed tantalisingly possible. The summer additions of Kylian Mbappe from Monaco and Dani Alves from Juventus suggested a strengthened challenge, but most of all it was the stunning signing of Barcelona ace Neymar for a world record fee of €222 million that signalled that PSG would mount a challenge for the trophy like never before.

The group stage was easily negotiated, with a final round loss to Bayern Munich offering negligible damage to Unai Emery’s side, yet once again at the first sign of genuine danger in the last 16 they folded.

Real Madrid came through their last-16 clash 5-2 on aggregate, despite enduring a miserable season domestically. The Blancos are currently third in La Liga, 15 points off leaders Barcelona, and exited the Copa del Rey in the last eight to minnows Leganes. Yet they were too strong for PSG.

The Parc des Princes side were punished for their naïve display at the Bernabeu, where they held a 1-0 advantage but folded late on to lose 3-1 to a side steeped in European glory. Back home, they never threatened to overturn the deficit, losing 2-1 on the night. It could have been more.

Six years on from their acquisition by Qatar Sports Investments (QSI), PSG are getting no closer to winning the Champions League. A handful of quarter-final appearances followed by successive exits in the first knockout round is a pitifully poor return for a club that will have spent over £1 billion on transfers by the time Mbappe’s original loan deal is converted into a permanent move.

Of course, their greatest investment of all was consigned to watch this encounter from the stands, having broken a foot against Marseille in a recent Ligue 1 victory, potentially depriving Emery of his unique talents for the remainder of the domestic season.

Even without their star man, PSG had a group of players that should have been capable of unsettling their guests. However, the greater nous of the visitors restricted them to just a single shot on goal in the opening 25 minutes. That was a free kick from Angel Di Maria that deflected over, taking the edge from what was a fervent atmosphere at kick-off.

An attack bought for upwards of €250m was much too easily blunted and in truth the Spaniards advanced without any fuss. By the time Marco Verratti was sent off for a second yellow card midway through the second half, the tie was already over following Cristiano Ronaldo’s third strike of the tie. Edinson Cavani bundled an equaliser soon after but a dreadful clearance by Adrien Rabiot allowed Casemiro to secure victory in Paris.