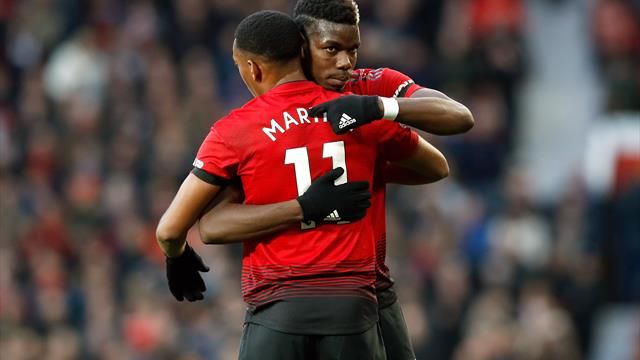 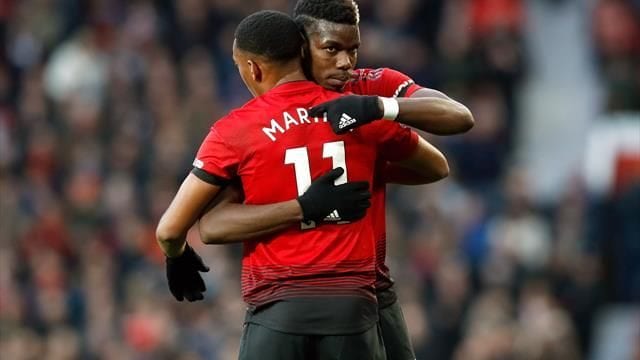 The Manchester United duo will miss Les Bleus’ clashes with the Netherlands and Uruguay, and have been replaced by two fellow Premier League players.

Manchester United pair Paul Pogba and Anthony Martial have both been ruled out of France’s squad for their upcoming round of international fixtures.

It has been confirmed that Pogba and Martial would miss out with thigh and adductor complaints respectively, with Arsenal’s Alexandre Lacazette and Tottenham’s Moussa Sissoko called up as replacements.

Pogba picked up a knock during Wednesday’s 2-1 Champions League comeback win against Juventus in Turin, and was unable to fully recover in time for Sunday’s Manchester derby, with the midfielder watched United’s 3-1 defeat from the stands.

Martial did feature, and provided Jose Mourinho’s side with a lifeline when he converted from the penalty spot just shy of the hour mark.

Withdrawal from the squad will come as a heavy blow to the winger, whose impressive form at club level has earned him a first call-up since March.

The 22-year-old missed out on World Cup glory over the summer, with his exclusion from Didier Deschamps’ squad taken by many as an indicator of the winger’s inconsistency last season and the wealth of talent at the national manager’s disposal.

So far this campaign Martial has provided glimpses of the player he has the potential to become, scoring six goals in his last five outings, including a double in the feisty 2-2 draw with Chelsea at Stamford Bridge.

Speaking of his decision to recall Martial to the national team setup, Deschamps said: “He has incredible potential, but does not always show it regularly.

“What he is doing in Manchester now is closer to what he is able to do.”

He added: ”He is still a young player, but one who, I hope, is seeing the importance he has taken in Manchester in recent weeks.”

France will also be without two of their World Cup winning back four for their upcoming matches, with both Raphael Varane and Lucas Hernandez set to miss out with muscle injuries.