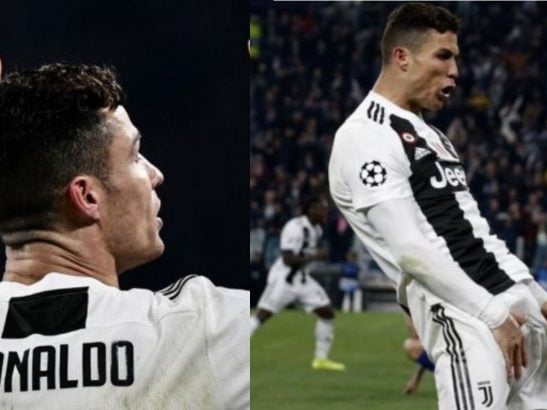 The game which was a second leg of the tie saw Juventus needing to erase a 2-0 loss they suffered away at Madrid.

The night showed why the Italian champions signed Ronaldo last summer from Real Madrid after suffering lots of heart real from home on the competition.

Ronaldo got the opener from a wonderful header and followed it up with another aerial power.

Federico Bernardeschi then drove into the penalty area and was brought down by Angel Correa. The Portuguese stepped up to the challenge and got his hat-trck from the spot kick to fire his side into the quarter finals.

The goal made it the Portuguese’s 26 against Atletico Madrid.

“It is a special night, not only because of my goals but because of the incredible attitude of the team,” Ronaldo said afterwards.

“This is the Champions League mentality.

“We haven’t won anything yet, but this is a source of pride and shows we are on the right track.

” Juventus brought me here for this, to help and do my job, so I’m happy that we enjoyed a magical night.”

He also had praise for Los Rojiblancos, who would have hoped he had broken their hearts for the last time after he left Spanish shores last summer.

“They are a great team and a very difficult opponent, but we are too and we showed that tonight,” he concluded.
“We certainly deserved to qualify.”