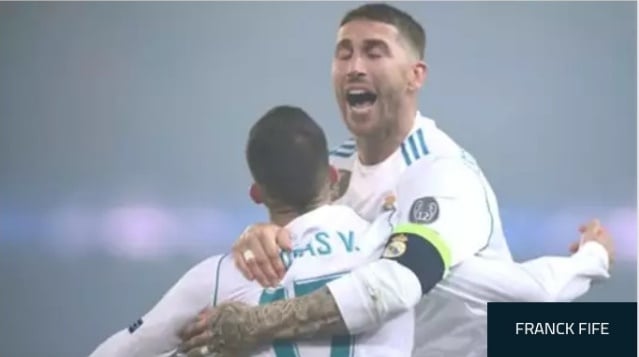 Ramos picked up his 33rd career yellow in the competition on Tuesday against Paris Saint-Germain, breaking a record held by former Manchester United midfielder Paul Scholes.

The Spain international went late into a challenge on PSG midfielder Javier Pastore, earning the caution in the 78th minute at Parc des Princes.

The 31-year-old is no stranger to setting records for picking up cards, having recently set the mark for most career LA Liga red cards with his 19th sending-off.
Ramos also set a more positive record last month, becoming the first defender to score in 14 straight La Liga seasons.

Two-time defending champions Madrid comfortably advanced to the quarter-final on Tuesday, defeating PSG 2-1 on the night and 5-2 on aggregate.

The win put Madrid in the last eight for the eighth season running, the second best run in the competition’s history behind Barcelona’s 10 consecutive.