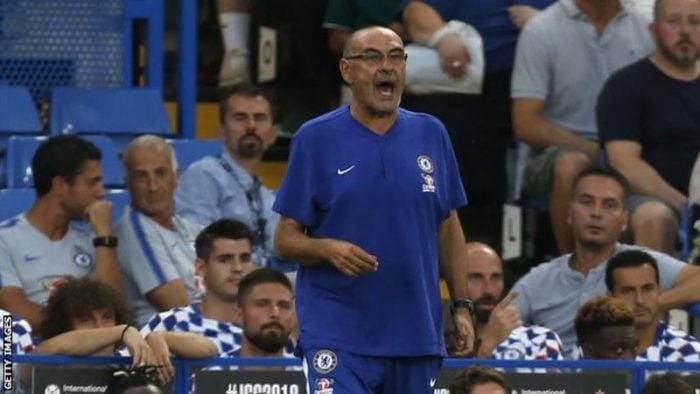 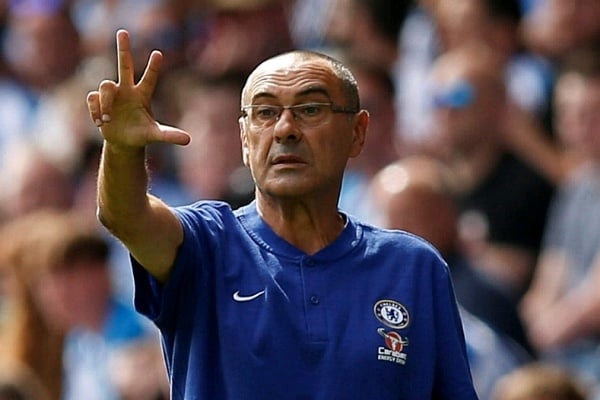 Chelsea manager, Maurizio Sarri, has labelled some fans as “stupid”, amidst latest incidents of racism and discriminatory behaviour.

The Blues’ 2-0 victory over Manchester City last week, was marred by the vicious abuse directed towards Raheem Sterling.

Thursday evening’s trip to Budapest was also tarnished by alleged anti-semitic chanting, during the 2-2 Europa League draw against MOL Vidi.

Chelsea have already condemned their own supporters and urged fans to “summon brainpower”, after supporters aired a rendition of a song that refers to Tottenham disparagingly as ‘Yids’.

The club suspended four fans after Sterling was targeted at Stamford Bridge.

Sarri has admitted he fears supporters will continue to undermine progress.

“I can only say I condemn every form of racism and discrimination. There are the same problems in Italy. There is a form of discrimination with people from the south part of Italy. I was the coach in Naples for three years and I know very well the situation.

“It is normal to fight all together against the problem. I am sometimes surprised that everybody asks to England the solution. There is not a solution. There are some stupid people in England, France, Italy… it is the same all over the world,” the Italian said according to SportsMail.

MUST READ! Cristiano Ronaldo Finally Reveals The Key To His Success