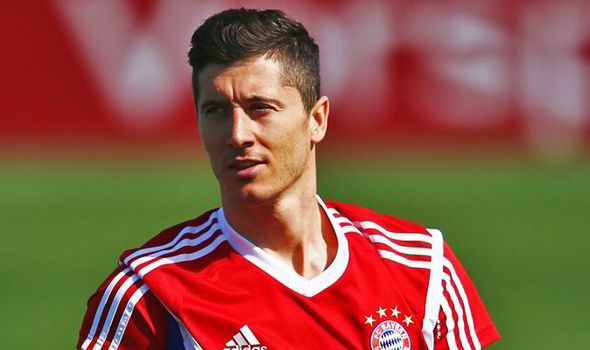 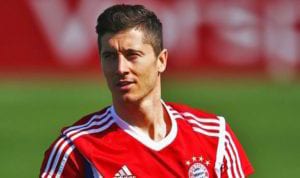 Former Nigeria international, Mutiu Adepoju, has advised the Super Eagles on how to keep Poland’s Robert Lewandowski quiet, when the two sides meet in an international friendly on Friday.

Lewandowski has already netted 23 times in the German Bundesliga this season and Gernot Rohr’s first-choice central defenders William Troost-Ekong and Leon Balong, will have their work cut out in Wroclaw.

“Each and every one of the Super Eagles should work as a team, try as much as possible to monitor his movement and [that of the] key players in the team who give him the passes.

“[Lewandowski] is going to be cunning and he has a big body that can shield our defenders.

“He should be kept at arm’s length and [our players] should watch his movement.

“[Nigeria] should not lose any view of [Lewandowski] at any moment, because he is cunning and he knows how to move into space to get what he wants.

“I believe they have other big stars in the team and [it will be dangerous] if there is too much attention on Lewandowski,” Adepoju told Goal.

See The 2 Players Drogba Says Are Better Than Lionel Messi (Do You Agree?)