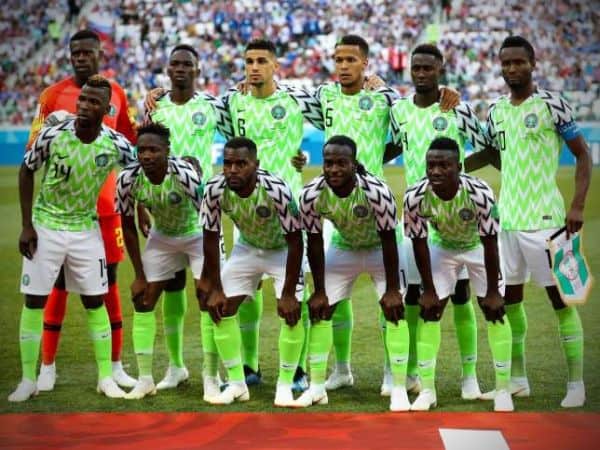 Nigeria are now ranked no 48 in the world according to September Fifa ranking released on Thursday.

Gernot Rohr’s men will have their 3-0 victory over Seychelles to thanks as that powered them up with 1415 points.

In Africa, they are fifth behind Tunisia, Senegal, Congo DR and Morocco.

Nigeria’s next opponent in the Africa Cup of Nations qualification – Libya moved a place up to be rated the 99th best team in the world.

Kenya are the biggest mover with 22 points thanks to their 1-0 victory of Ghana who dropped six steps below. The Black Stars join Slovenia as the biggest fallers of the month.

Overall, Belgium and France are joint leaders – the first time two teams will be sharing the top spot. The only change in the top ten sees Denmark (10th, down 1) slip below Spain (9th, unchanged).

The next world ranking will be released on 25 October 2018.

Related Topics:FifaNigeriasuper eagles
Up Next

They Are Trying To Destroy My Brother – Ronaldo’s Sister