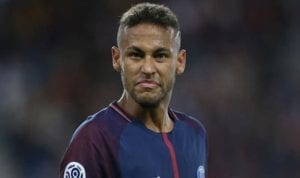 Neymar has told Barcelona that he wishes to return to Camp Nou.

A source at Barcelona told Spanish news outlet, Mundo Deportivo, that the Brazilian international regrets his decision to leave for PSG.

Neymar was said to have left the Catalan giants to PSG in order to step out of the shadow cast by Lionel Messi.

The 25-year-old now wants to know what it will take to return to Catalunya.

The report suggests that the 26-year-old will spend one more year in Paris before attempting to engineer a move back to Spain in 2019.

Neymar was released from his Barcelona contract, after the La Liga giants accepted a €222m bid from PSG last summer.