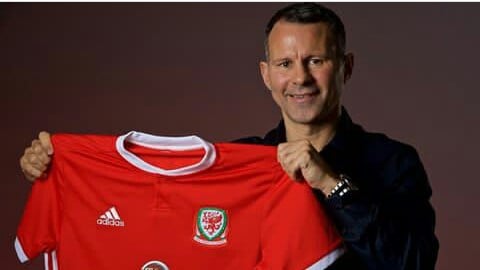 Ryan Giggs has been appointed as the new Wales manager, the Football Association of Wales has confirmed on social media.

The former Manchester United winger made 64 appearances for the country between 1991 and 2007, but never managed to reach a major international tournament.

Giggs succeeds Chris Coleman, who resigned in November and subsequently took over at Sunderland, having guided Wales to the last four of Euro 2016 – their first major finals appearance since 1958.

Coleman’s last competitive game ended in a 1-0 home defeat to the Republic of Ireland, which saw Wales fail to secure a play-off place in qualifying for the World Cup in Russia later this year.

Having taken interim charge of United at the end of 2013-14 following David Moyes’ sacking, Giggs remained at Old Trafford as assistant to Louis van Gaal but departed when Jose Mourinho arrived ahead of the 2016-17 campaign.