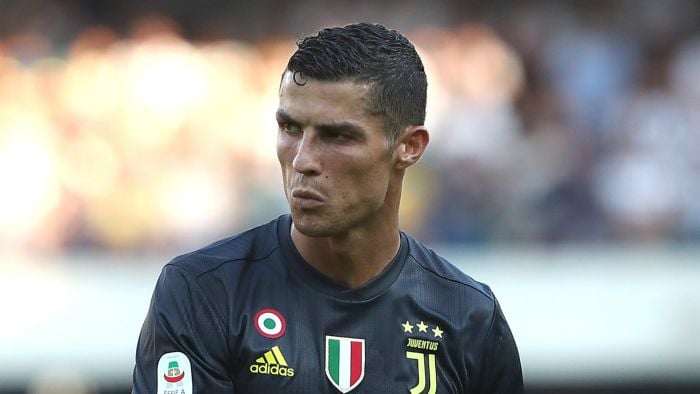 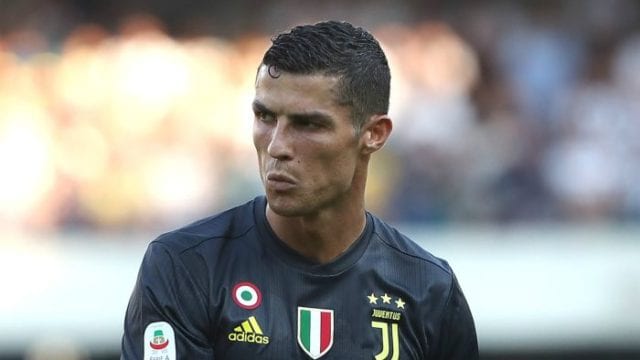 Famous footballer, Peter Crouch has revealed what Cristiano Ronaldo did when his Manchester United teammates told him Messi was better.

The striker divulged a revealing anecdote about how a n*ked Cristiano Ronaldo used to boast he was better looking than Lionel Messi in front of Manchester United’s dressing room mirror.

In the Stoke City striker’s new book, Crouch details stories told to him by Rio Ferdinand, a team mate of Ronaldo’s for six seasons with Manchester United.

One of those stories details Ronaldo’s rivalry with Lionel Messi as well as his dressing room habits during his time in England.

“Rio Ferdinand would tell us stories about how Cristiano Ronaldo would stand in front of the mirror n*ked, running his hand through his hair, and say, ‘Wow. I’m so beautiful!’,” Crouch said in his new book, as per the Daily Mail .

“The other United players would try to wind him up. ‘Whatever. Leo Messi is a better player than you.’

“And he would shrug his shoulders and smile again. ‘Ah yes. But Messi does not look like this…’”

The Ronaldo story is one of several stories told by the former England striker in his new book, including an anecdote about a young Crouch’s interest in what turned out to be a team-mate’s partner during his early days with Liverpool.

“On signing for Liverpool I stayed at the Hope Street Hotel. On reception was a girl so good looking I couldn’t quite believe she was smiling at me all the time,” Crouch wrote.

“I told the lads in training. ‘Honestly, she’s beautiful. I think I’ve got a shout here.’ Jamie Carragher called a few other senior players over. ‘Tell them again, Crouchie.’ So I did. ‘She’s all over me. I’m on fire.’ Carra again, all interested. ‘What does she look like?’

“‘Amazing. Dark-haired. Spanish-looking. I’m in there.’ It turned out she was Xabi Alonso’s partner. She was doing a bit of work to practise her language skills. He was nice about it. So was she. Carra less so.”

Ex-England international Crouch has played six times for Stoke in the Championship this campaign following their relegation in 2017-18.

CLICK HERE TO JOIN OUR EVER ACTIVE WHATSAPP GROUP
Related Topics:Cristiano RonaldoJuventus
Up Next

BREAKING!! UEFA Introduces New Club Competition (What Do You Think??)

“We Will Defeat Nigeria And Their Juju”- Libya Boasts