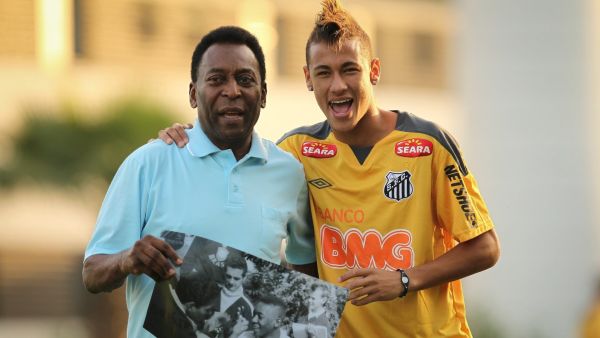 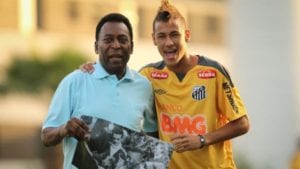 Brazilian legend Pele says he is confident about Brazil’s chances at the upcoming World Cup and expects injured star Neymar to be fully fit to lead the side in Russia.

Speaking to AFP in Dubai, the 77-year-old, who has been in ailing health recently, put his faith in Paris Saint-Germain striker Neymar’s ability to recover from a fractured foot in time to lead Brazil to a possible sixth global football title.

“We don’t know exactly what is going to happen, but I think for the World Cup he’s going to be in shape because his injury is not so bad,” said Pele, the only person to have won the World Cup three times as a player.

“I wish he has the same luck I had in the World Cup.”

PSG’s Neymar, the world’s most expensive player, has not played since breaking a metatarsal bone in his right foot on February 25 in a Ligue 1 match against Marseille. He said last week he is still recovering following surgery but expects to be fit in time for the World Cup from June 14 to July 15.

In the last World Cup on home soil four years ago, Brazil were humiliated 7-1 by eventual winners Germany in the semifinals but Pele feels the team under “psychologist” Tite, which breezed through South American qualifying, has the tools to go all the way.

“I am confident because Tite, the new coach, now (has) had a little time to set up the team.

“We have a lot of excellent players in Europe. The problem is to put the team together.

“I think we’re going to have a good team in the next World Cup.”

However, he said “football is a box of surprises”.

As for his own health problems – Pele cancelled a trip to England in January due to “exhaustion”, although his spokesman denied he had been hospitalized – Pele said there was little cause for concern.

“I cannot play in the next World Cup but I feel good,” he said with a hearty laugh.

“I had an injury, then I had to make a surgery for the head of my hip, then I had to replace (it), then I had a little problem with my meniscus, but now I am OK, I am ready, in good shape!”