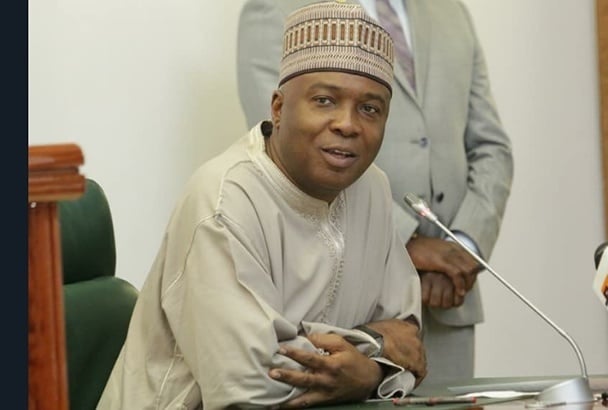 Senate President, Bukola Saraki has reacted to a statement by the ‘Not Too Young To Run’ group condemning his declaration for presidency at its programme on Thursday.

Saraki had declared his intention at the programme organised for youth aspirants in 2019.

However, the group dissociated itself from Saraki’s decision to declare his intention at the programme which was meant to address political issues affecting youths from participating in the forthcoming elections.

But, Saraki in a statement by Yusuph Olaniyonu, his Special Adviser on Media and Publicity, asserted that the group had no knowledge of his intention to declare for presidency at the programme.

He said his intention to declare at the Youth Programme was in good faith and sign of encouragement to young PDP aspirants.

The statement read: “It has been brought to our attention that the Not Too Young to what was that wasn’t Run group have issued a Statement in relation to the announcement made by the President of the Senate, Dr Abubakar Bukola Saraki, whilst addressing the PDP members and aspirants of the group.

“The occasion was first in a series of Dialogues organised by the Not Too Young To Run along Party lines. The first one is for young PDP aspirants. The subsequent ones are designed for the APC and other parties.

“It is true that the Not Too Young To Run leadership had no prior knowledge of the content of the Senate President’s remarks. However, the announcement by the Senate President that he intends to throw his hat into the ring to contest for the Presidency was made in good faith to young PDP aspirants, partly as a symbolic act of encouragement.

“It was not the intent of the Senate President to put the group or its leadership in an invidious position. The Senate President appreciates the contribution of the group to the development of our democracy and will continue to work closely with young people across the country in order to make Nigeria a better place for all.”

Related Topics:Bukola Saraki
Up Next