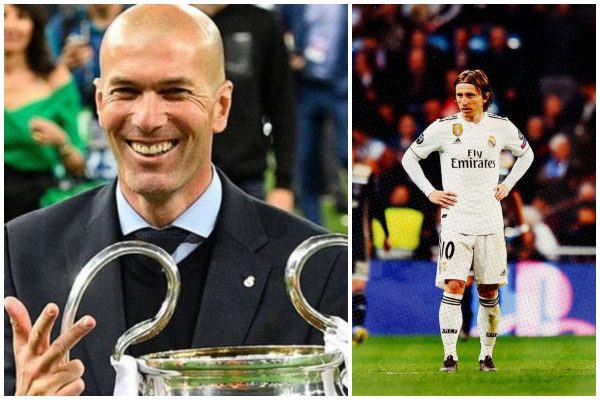 Zinedine Zidane has already rejected a return as manager of Real Madrid, according to former club president Ramon Calderon.

With Santiago Solari after a disastrous week that saw their season end, Real Madrid president, Fiorentino Perez is said to have called Zinedine Zidane to return to the club, though the chance was rejected.

46-year-old Zidane, left the club last summer five days after winning a third straight Champions League title. He shocked Real by walking out just days after a famous win against Liverpool which made him the first manager to win three European Cups in a row and only the third to win three in total – along with Bob Paisley and Carlo Ancelotti.

Speaking on a possible return of the club legend to the helm of affairs, Calderon told BBC Radio 5 Live:

“I know that this morning the president [Florentino Perez] called Zidane to ask him back, he said not now.

“He has left open the possibility of coming back in June.”

CLICK HERE TO JOIN OUR EVER ACTIVE WHATSAPP GROUP
Related Topics:real madridZinedine Zidane
Up Next